A brand new brand of Spanish Organic Wines has hit our shelves and we are absolutely ecstatic about it!

Come join us at the shop this friday for a taste. 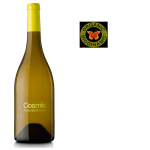 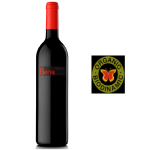 We produce high quality wines and cavas with grapes that come from our 5 estates, located in different altitudes, from 170m to 750m above the sea. Therefore, we have a huge variety of sols and microclimates which give personality to our wines.

We cultivate the vineyards in an ecological way since the origins and in a biodynamic way since 2012. We have a flock of sheep which gives us natural fertilization for the soil and bees that help us to pollinate and to bring the essence of the Mediterranean ecosystem to our grapes.

Winemaking starts in the vineyards

We are always looking for the highest quality in our grapes. Healthy grapes and low yields are very important, but also the critic decision of when the grapes should be harvested. We are doing precise and careful controls of ripeness. We analyze traditional parameters like alcoholic ripeness and the

level of sugar and acidity, but we also control the ripeness of the skins, seeds and pulp.

Thanks to the different grapes that we are cultivating and the diversity of soils and climates, we are able to do different kinds of vinifications and micro-vinifications:
Macerations and fermentations directly in French or Hungarian oak barrels applying the pigeage technique.
Ageing in oak barrels with the battonage technique.
Fermentations exclusively in stainles-steel tanks.
Fermentations in amphorae made with clay coming from our vineyards.
Fermentaciones en damajuanas de 60 litros recuperando antiguas tradiciones.
Second fermentations in bottle for our cavas, following the traditional method.

Mª Elena Jiménez and Marta Casas, oenologists and wives of Joan and Josep. Two skilled young women whose efforts are reflected in the quality of the wines, showing fine character and concentration yet with elegance and balance.

The new generation of Parés Baltà offers fresh and innovative ideas in winemaking, staying faithful to the ecological philosophy that the winery has always followed.

Marta was born in a small fishing village, Vilanova i la Geltrú in the rainy December of 1976. During her childhood Marta was surrounded by her grandparents and her great-grandmother, who were all involved in the world of wine. She fondly remembers her grandfather taking her to his tiny vineyard on his bicycle. The family produced only a small quantity of wine for their own consumption and the rest was sold in bulk.

In her grandparents’ tiny cellar located downstairs, they had a press, some barrels of 800L and two concrete tanks. This was her favorite place to play.

When Marta grew up, she enrolled in the Pharmacy faculty at University of Barcelona. During her studies, she met Josep Cusiné, who eventually became her husband. In this period is when her passion for wine started. Josep introduced her to wine tastings and they started to travel to different wine countries around the world. She was so interested in the vinification process that she decided to help in the cellar.

While she was finishing her degree in pharmacy she decided to study Winemaking in the University of Tarragona. For two years, she was combining her work in a pharmacy with the studies.

Born in Terrassa in 1973, she obtained her degree in Chemical Engineering at Institut Químic de Sarrià (University of Barcelona) and she worked as a consultant for a few years. During that time, she met Joan and she was introduced to the magical world of wine thanks to her eventually husband Joan Cusiné.

It was love at first sight which resulted in Maria Elena giving up her professional career as a Chemical Engineer and starting winemaking studies.

After getting her second degree in Enology at Rovira Virgili University in Tarragona, she expanded her wine knowledge by travelling to many different regions such as Bordeaux, Australia, Bourgogne, Côte du Rhône and Napa Valley.

Once she returned, she got involved in the family business, working as oenologist, introducing new ideas to the production of the grapes and wines.